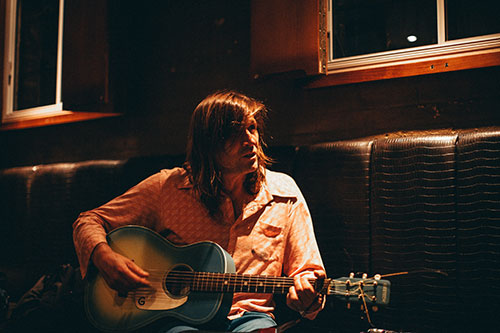 Evan Dando of The Lemonheads has signed a publishing agreement with Wise Music USA, part of Wise Music Group. The worldwide deal includes all of Evan’s work to date, including hit songs such as “It’s a Shame About Ray,” “My Drug Buddy,” “Confetti,” “Rudderless,” and “Big Gay Heart.”

Evan Dando comments:
“I’m super excited that for the first time in my career, all of my publishing will be with one company under the same roof. I’m looking forward to a successful partnership with Wise Music.”

Tomas Wise, CEO of Wise Music USA says:
“Growing up my brothers and I listened to The Lemonheads religiously. We were their biggest fans. I could not be more thrilled to be representing their music today. Everyone at Wise Music is excited to work with Evan and his team and are squinting at the bright future ahead.”

The Lemonheads will join Adam Ant’s 2020 “Friend or Foe” tour as the special guests for the dates of May 9th in Seattle, May 14th in Oakland, and May 16th in Los Angeles.

About Evan Dando
Evan Griffith Dando is an American musician and frontman of the Lemonheads. He has also embarked on a solo career and collaborated on songs with various artists.

The Lemonheads were formed in Boston, Massachusetts, in 1986 by Evan Dando with the group quickly creating three raucous albums under a local Boston label Taang! full of discordant punk chords and alt-country-tinge melodies. An Atlantic Records deal led the band to mature their sound in the fourth studio album and collaboration between Dando, songwriter Tom Morgan and future bassist Nic Dalton, that created radio-friendly singles and mellow melodies began to grow the fan base. Subsequent albums “It’s A Shame About Ray” and “Come On Feel The Lemonheads” focused on Dando’s vocals and turn of phrase and with hits such as “Into Your Arms” the group had a worldwide touring appeal.

Dando released a magnificent solo album “Baby, I’m Bored” in 2003 and continued to create music born of 70s punk and cosmic country. Dando’s 2008 album “Varshons” was a collection of well-known cover tracks set a new experimental tone and with the 2019 release of “Varshons 2,” The Lemonheads return for their tenth studio album.