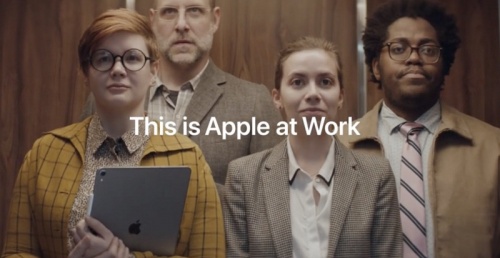 'Nature Fights Back' by Hauschka is the featured piano composition within Apple's "The Underdogs," a new humorous short film part of the Apple at Work campaign. With its driving beat and high energy, the song seamlessly amplifies the frenzied momentum of collleagues preparing for a pitch meeting, while showcasing Apple software's time-saving efficiency.

'Nature Fights Back' was originally released on Hauschka's 2017 album What If. Watch Apple's short film below, and follow Hauschka to stay up-to-date.